COVID-19 Update - May 15, 2020 - As of May 18, 2020 HCU's business hours will be expanding as we begin the process of a gradual reopening. The Holyoke and Feeding Hills Drive-thru hours will be: Mon. - Fri. 9:00 am - 4:00 pm and Sat. 9:00 am - 12:00 pm. The West Springfield branch and drive-thru will remain closed until further notice. If you wish to meet with a Member Service Representative at either of our branches, please call for an appointment. For Holyoke, call Sharon Carter at 413-341-0133. For Feeding Hills, call either Marjorie Letaez or Beth Cook at 413-278-6840. We thank you for your understanding and your continued patience!

Congratulations to the HCU Scholarship Winners

Dennis Moran, Thomas Paquin and Michael Ghazil, members of the HCU Board of Directors and the Scholarship Committee, presented awards to Joshua O’Brien of West Springfield, Andrew Cebula of Southampton and Brendan Morrissey of Westfield.

Each recipient received $500 to put toward his college expenses.

Joshua, son of Lisa and Daniel O’Brien of West Springfield, is a senior at West Springfield High School. He is planning to attend Holyoke Community College in the fall, later transferring to a 4 year college. He plans to major in accounting. Josh is an avid hockey player and is a member of an elite traveling hockey team.

Andrew, son of Scott & Lori Cebula of Southampton, is a senior at Hampshire Regional High School. This fall he is planning to attend Embry-Riddle Aeronautical University in Daytona Beach, FL, where he will be majoring in aeronautical engineering. Andrew is a past member of his school’s Student Council and a member of the Varsity Soccer Team. His extracurricular activities include acting as a judge in his school’s science fair, umpiring for the Southampton Youth Athletic Association and being a member of the Academic Society Club.

Brendan, the son of Mary & John Morrissey of Westfield, is a senior at Westfield High School. He will be attending UMass Amherst’s Isenberg School of Business in the fall, majoring in Business Management. Brendan currently works part-time while volunteering at the Westfield Soup Kitchen, tutoring in math & history, coaching youth basketball and volunteering for his church as an altar server and lector. He is a member of the National Honor Society, a delegate to Boys State, an ASPIRE Program participant, and acts as the treasurer of the WSH Chapter of the Future Business Leaders of America. He is a member of the WHS Varsity Track and Field team and the Cross Country Team as well as a member of the Key Club. 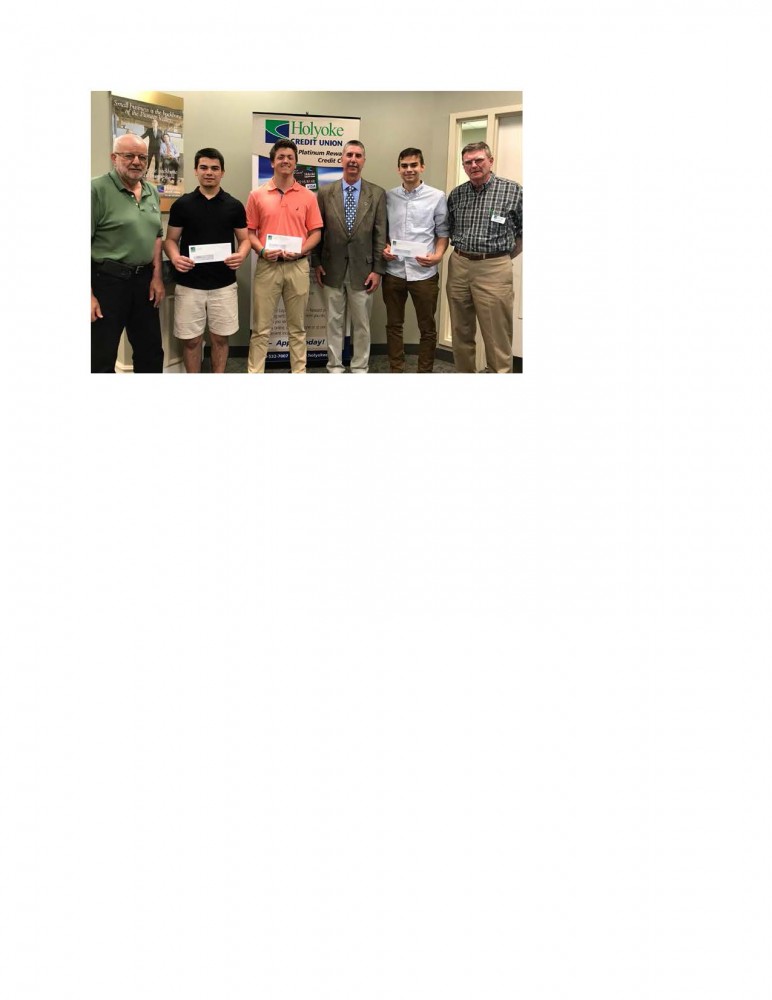