OUR WEST SPRINGFIELD BRANCH OFFICE HAS MOVED TO 85 ELM STREET. THE ENTRANCE WILL TEMPORARILY BE LOCATED ON CENTRAL STREET.

The Pioneer Valley Chapter of the Cooperative Credit Union Association (CCUA) held its scholarship awards night on May 10, 2019 at the Castle of the Knights in Chicopee. Two Holyoke Credit Union members were winners of this year’s awards.

Rachael Shannon from Holyoke was one of the winners of a $2,000 Pioneer Valley Chapter scholarship and Madison Dover from West Springfield was the winner of the $1,500 Cooperative Credit Union Association Scholarship. Rachael Shannon, daughter of Tim & Tammy Shannon, is a senior at Pope Francis High School, where she is graduating first in her class. She plans to attend Smith College in Northampton in the fall majoring in Engineering. Some of Rachael’s extracurricular activities include being a member of the Student Council, basketball, soccer, performing arts and Outdoor Adventure Club. She is a member of the National Honor Society. Rachael has volunteered for CYO Basketball and the Holyoke Boys and Girls Club. She has received numerous academic and leadership awards, most recently being chosen to attend Massachusetts Girls State.

Madison Dover, daughter of Lisa Lovell, is a senior at West Springfield High School. She plans to attend UMass Boston, majoring in Biology with a goal toward a career in medicine. Madison was chosen to attend Massachusetts Girls State and is a member of the National Honor Society. She is a member of the WSHS Varsity Field Hockey Team, the key Club and the Student Council. Her many volunteer activities include tutoring, Baystate Hospital Pediatrics, and Thanksgiving Meal Delivery, just to name a few. 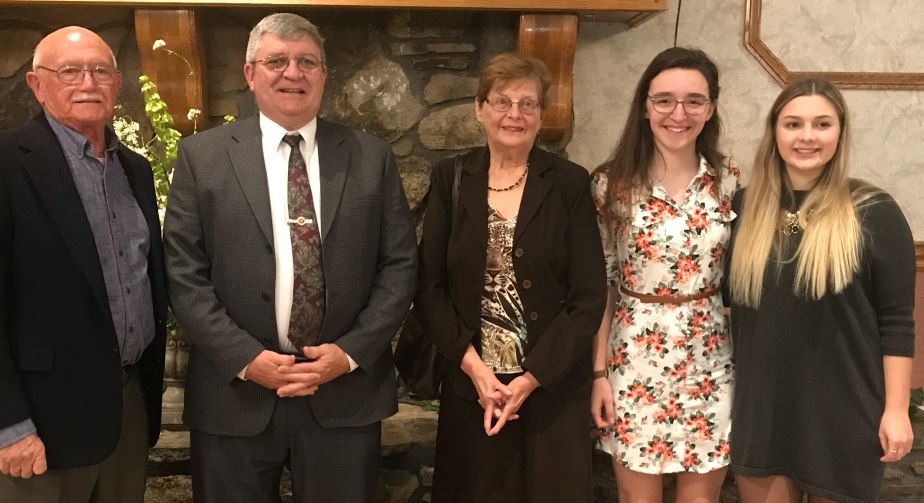